While visiting Thailand, it is quite impossible to miss the city of Pattaya. Over the years, this Thai city has become one of the main attractions of people around the world and has gained a reputed rank

in the most-visited cities of the World. Merely 100 Kilometres from the capital city of Thailand, Pattaya is a coastal city known for its exquisite beaches. The climate here remains mildly warm along with the combinations of dryness, humidity and rains. Out of the numerous Tourist Attractions in Pattaya, a few are listed below : 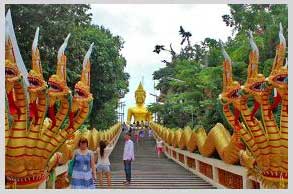 For having a mesmeric view of the city of Pattaya, this place is must to be visited. Situated on a hill top easily accessible by bikes and cars, Khao Phra Bat presents a panoramic view of not only the Pattaya city but also of the Pattaya Bay. 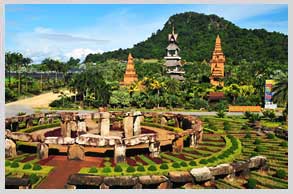 Serving the tourists since the year 1980, this 500 Acre land is a wildlife conversation Garden. Spreading over a span of 2.4 square kilometres, Nong Nooch Tropical Botanical Garden has a plethora of numerous exotic and rare plants and trees. 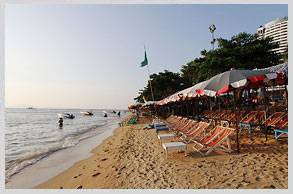 Providing adrenaline rush to the people, Chomatian Beach is ideal for the people interested in water sports like windsurfing, jet skiing and such. This beach is less crowded than the main Pattaya Beach, having a much quieter ambience. Only 3 kilometres away from the Pattaya Beach, this beach also have the all the 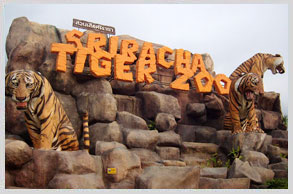 97 kilometres from Bangkok, the Sriracha Tiger zoo is owned and administered by a private organisation, which is situated on the outskirts of Pattaya. The main attraction of this zoo is the largest population of crocodiles in the world, i.e. 10,000. As per its name, this zoo is the house of around 200 tigers along with the crocodiles, attracting the locals as well as the international tourists round the year. 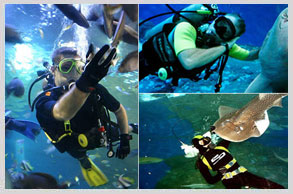 With over 4,000 marine animals from over 200 different species, the Underwater World Pattaya is one of the largest Ocean Aquariums in Asia. The most striking animal found here is a hybrid of shark along with a sting ray, called a Shovelnose Ray. The animals kept in here are not only from the nearby regions, but are brought from overseas too. 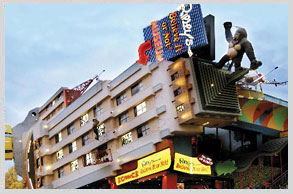 Ripley’s Believe it or Not Museum :

One of the most famous and well-known name in the world, Ripley’s Believe it or Not has a museum branch in Pattaya. This museum offers many interesting features like Louis Tussaud’s Waxwork, Haunted Adventure, Infinity Maze and a 12 dimensional moving theatre. 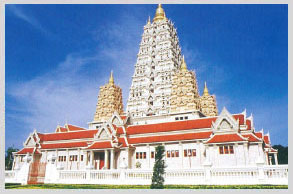 Constructed in the year 1976, this Buddhist temple attracts the tourists by two important things. The first is a replica of Buddha’s footprint, which is placed within the compound of this temple. The second attractive thing about this temple is that it holds the relics of Buddha inside a huge Stupa or Chedi. 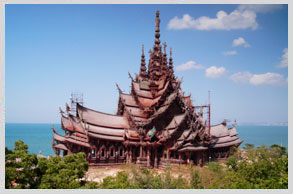 What makes this temple distinct is its construction. The Sanctuary of Truth is a total wood 205 meters high and 100 meters long structure, made with a vision of philosophical truths & religion nurturing and developing the humanity.